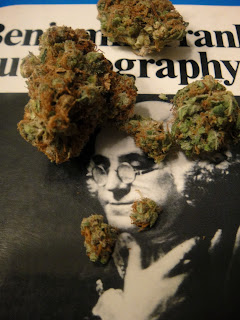 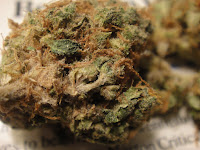 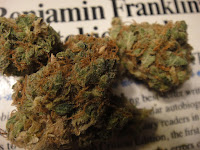 The high hits you like a mid- to strong Sativa high, providing a nice cerebral buzz.  The cerebral buzz lasts less than thirty minutes before the indica high takes over.  From this stage on, the Double Dutch medical marijuana high is mellow and relaxing, yet not sleepy. Very nice for an after work smoke.

Taste: The fruity, wildflower smell of the Double Dutch strain carries over to its taste.  As a quality tasting medical marijuana strain, Double Dutch cannabis is kind to the taste buds.


History, Lineage, Genetics
Double Dutch strain is a cross between a Warlock male cannabis plant and a Pre-2000 Chronic female plant.  The Double Dutch marijuana strain was released by Magus Genetics at the High Time Cannabis Cup in 2002.  Since then the popularity of Double Dutch has skyrocketed.  It is considered a favorite to many medical marijuana patients.