April 29, 2011
Medical marijuana is legal in 15 states and Washington D.C.—but only after extreme movements to get laws passed.  It was definitely worth the fight for Colorado, however, because medical marijuana has improved the economy and well being of chronic pain sufferers within the state.

Benefits of Medical Marijuana to the Colorado Economy


Since it’s also legal for Colorado residents to grown the Medical marijuana, legalization of the drug has brought plenty of economical benefits to Colorado residents. With hundreds of medical marijuana stores, jobs have been created that would have either not existed, or been illegal in prior years (in the case that those same people sold marijuana illegally). On top of job openings for those qualified or licensed to sell medical marijuana, jobs were also created for residents who grow the herb to sell to the dealers. 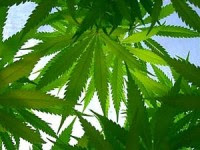 When compared with other pain relievers, most suffering from a chronic disease or illness would probably say cost is never a factor. When you are in so much pain that you can’t carry out normal activities or live life to the fullest, a solution needs to be sought quickly, no matter what the cost. While medical marijuana does in fact benefit the Colorado economy, it also has a large impact on the well being of so many residents who otherwise would be left in agony from their chronic illnesses. While medical marijuana may have an extremely positive impact on the Colorado economy, I’d argue it is having an even greater impact on the well being of Colorado residents suffering from chronic pain and severe illnesses.