Regardless of the current legal status or cultural acceptance of marijuana, the truth is that a lot of people (have) smoke(d) weed. Needless to say, among these people are those that end up smoking larger amounts of marijuana than they feel they should be. For many, quitting marijuana can result in severe headaches, irritability, mood swings, the difficulty sleeping, generally acting like a D-bag and more for some people. 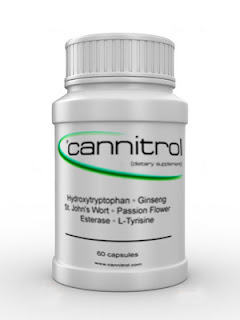 Quitting Marijuana can be Difficult

For many, especially those who have used marijuana heavily in the past, it can be hard to stop using marijuana.

Going without the use of marijuana after a long, steady period of smoking weed over time typically causes drops in naturally brain-present serotonin. Cannitrol Contains 5-HTP, a serotonin precursor – it will help even out serotonin levels. Cannitrol also contains Ciwujia, which helps with psychotropic addictions. Other ingredients include Passion Flower for Anxiety, Valerian Root for stress and sleep disorders (non-drowsy in formulation Valerian Root) and St John’s Wort for OCD-like symptoms. 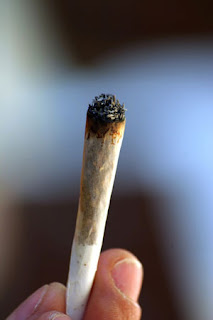 Marijuana users that can’t stop smoking pot long enough to let their built up tolerance levels go down are reporting success achieving lower tolerance levels using Cannitrol.  Whether you’re considering quitting for a month or stopping for a few years, Cannitrol can help you get over cravings to “get high”. Joining the military, moving, accepting jobs overseas and legal reasons are some of the many reasons people have cited for stopping smoking weed.

The recent legalization of Marijuana in many states is of concern too. In a recent interview with Matt LeRose the CEO of askanaddict.com (a site where addicts can ask questions directly to other addicts) said “The legalization of marijuana will also bring many more users that may have stayed away simply because it was illegal. When something becomes legal, people tend to think it must not be too bad for you and become more susceptible to experiment.”

Also part of any legitimate endeavor to pass drug screening is abstinence; Cannitrol can help with that too. There are quite a few reasons someone would want to stop smoking pot.

“This is more complex than Chantix Vs Marlboro, simply because Marijuana does not kill people. The last thing we want to imply is that MJ users are losers and need to stop, because that just isnt true. It’s about stopping, not quitting.” – Benny Gold COO of Cannitrol.com.

Tif said…
My Brother took this before he went to into the army, he said it helped him keep his eyes on the prize whatever thay means LOL
2:49:00 AM

Joel Malimu said…
Huh, thanks for the feedback. Did it or anything else work for him?
11:25:00 AM